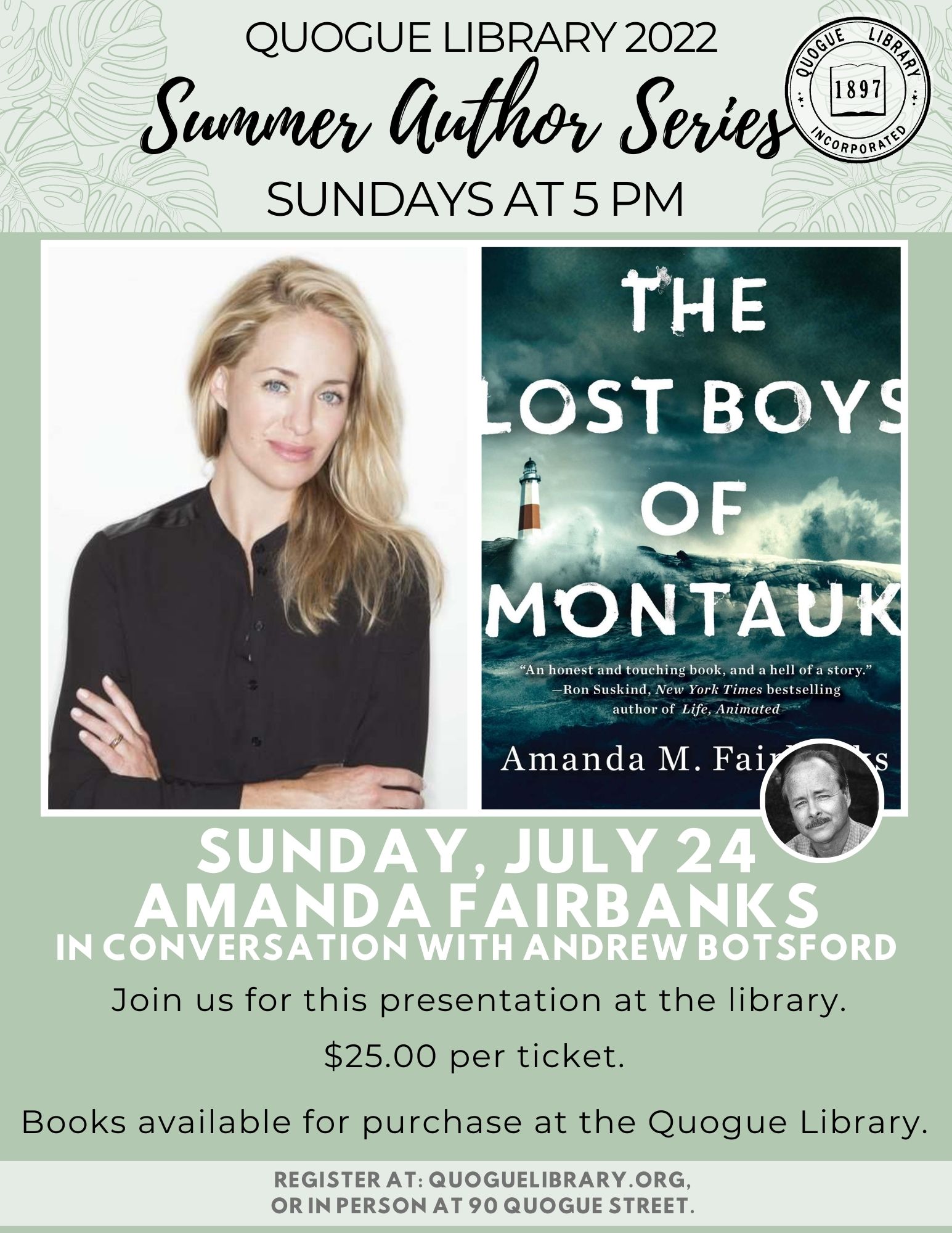 Adults
Please note you are looking at an event that has already happened.
This event requires a payment of $25.00 per registrant to attend.
Registration for this event is no longer open.

Amanda Fairbanks in conversation with Andrew Botsford, followed by book signing and reception.

"The Lost Boys of Montauk"

In March of 1984, the commercial fishing boat Wind Blown left Montauk Harbor on what should have been a routine offshore voyage. Its captain, a married father of three young boys, was the boat’s owner and leader of the four-man crew, which included two locals and the blue-blooded son of a well-to-do summer family. After a week at sea, the weather suddenly turned, and the foursome collided with a nor’easter. They soon found themselves in the fight of their lives. Tragically, it was a fight they lost. Neither the boat nor the bodies of the men were ever recovered.

The fate of the Wind Blown—the second-worst nautical disaster suffered by a Montauk-based fishing vessel in over a hundred years—has become interwoven with the local folklore of the East End’s year-round population. Back then, on the easternmost tip of Long Island, before Wall Street and hedge fund money stormed into town, commercial fishing was the area’s economic lifeblood.

$25 ticket fee due at registration